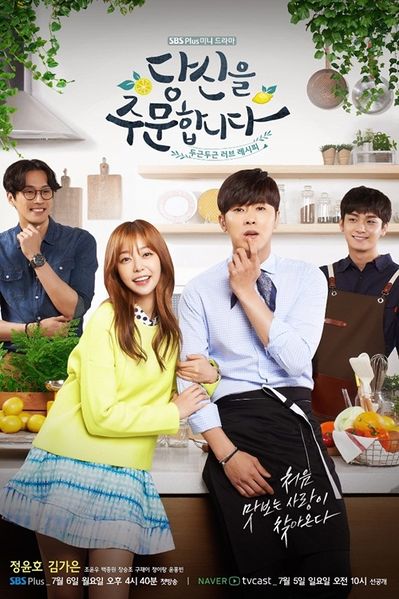 When I started the SBS web drama I Order You (2015) I thought it looked like a promising lighthearted romantic comedy that I could really enjoy and breeze through in a day, since the 16 episodes were only about 20 minutes each. The story looked cute, about a chef who owns and runs his own successful Bento box restaurant, and a silly girl he falls in love with against his will when she starts working as a kitchen aide for him. Viki's print was super nice, in HD, it was free to watch, and the first two episodes were laugh inducing.

Also, this was actor-singer Jung Yun Ho's (Queen of Ambition) first drama post-military.  He had been good in that other show, so I wanted to watch him again. Because it's about food, my oldest daughter came out to watch it with me (she loves to bake and cook, unlike me!), and we were giggling like schoolgirls during the first two episodes.

But ... uh oh ... by the third episode this supposed romantic comedy began to turn very serious, like a melodrama with a lot of typical, treacly K-drama cliches thrown in, and suddenly my daughter lost interest and went away, and I almost did too ... but I wanted to see if it would quickly spring back to the first two episodes' charms. It didn't, hence the C grade.

By the very last episode some funny business could be seen again, but honestly it wasn't worth my time to get to that point, and it probably wouldn't be worth your time either. What a way to ruin a show that could have sparkled and been fun like 2011's Flower Boy Ramen Shop (it even had one of the same young actor cast members from that show in this show - Jo Yoon Woo - also in 2015's Puck - but he was completely underutilized here). What a shame. He barely got any screen time at all. 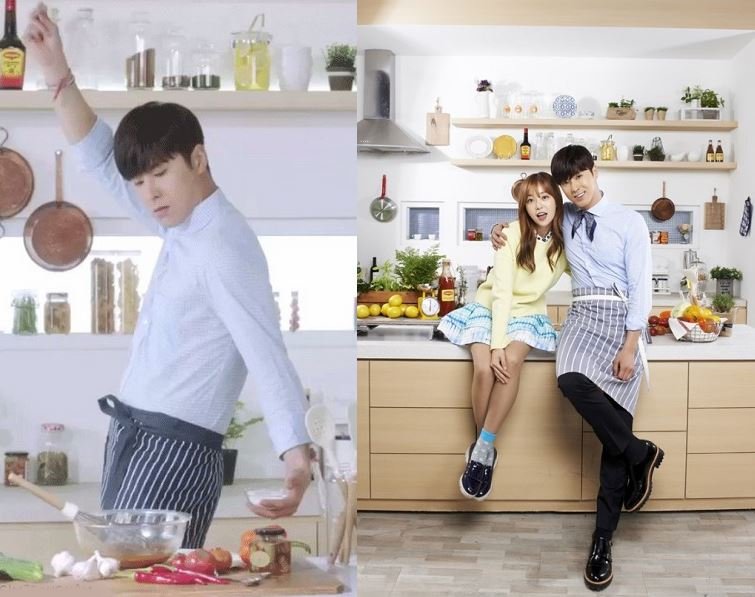 The Story: Because a young unemployed girl named Park Song Ah (Kim Ga Eun) broke an expensive 100 year old plate at his fancy lunchbox restaurant,  chef and restaurant owner Yeo Gook Dae (Jung Yun Ho) orders her to work for him one hour every day for 100 days without pay, to help reimburse him for the expensive antique plate. Feeling guilty, she agrees.

Gook Dae was divorced under very unhappy conditions, and he's secretive about the reasons to everyone, but he's lonely, so starts to fall for the well-meaning but rather clumsy new "hire". The other two young men who work in the restaurant - played by Jo Yoon Woo and Baek Jong Won - are nice to Song Ah, and the older one develops a crush on her, but Gook Dae insults her instead, trying to escape from his own attraction to her, lecturing her about this and that, which only contributes to her awkwardness in the kitchen.

As time goes on matters do improve and relax between chef and new assistant, especially when he begins to see how hard she works to learn the trade. She also shows a talent for cooking that surprises him. He is inspired to try different dishes and lets her sample them for her opinion. As she praises him, he likes her more and more. (Why are men like that? Why do you constantly have to stroke their egos? LOL!). Eventually he finally admits he likes her. (Took him long enough!). 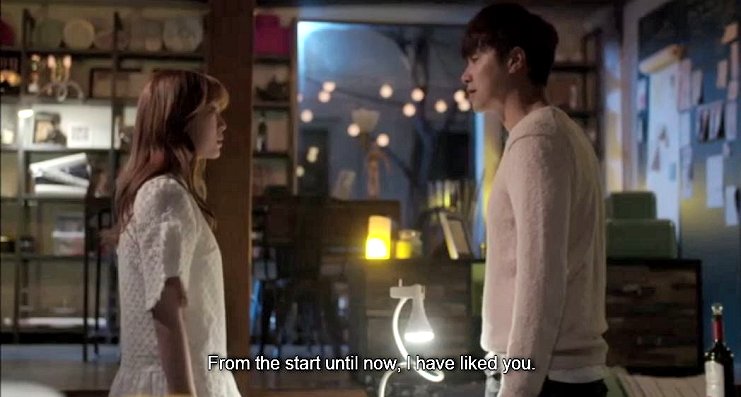 Then the ex-wife comes back into the picture and makes a play for him again, hinting that she has a secret to tell him which will make him want to come back to her, and even worse, his harridan of a mother, played by "Prune Face" Park Joon Geum from Secret Garden (2010) shows up, too, creating havoc in her son's life (why do they ALWAYS call on this actress to play these bitchy mothers and mother-in-laws? It's her stock in trade!)

At this point I was scowling and growling at the screen and wanting it to be over pronto. This show was misdirected badly from its sincerely funny beginnings. The whole thing became extremely dreary! The person who recommended this to me should have been more honest. What a waste of talent and time. I hope Jung Yun Ho finds better material in future. The actress Kim Ga Eun was more appealing than he was: she is made for comedy, not melodrama, because she sparkles when given half the chance.