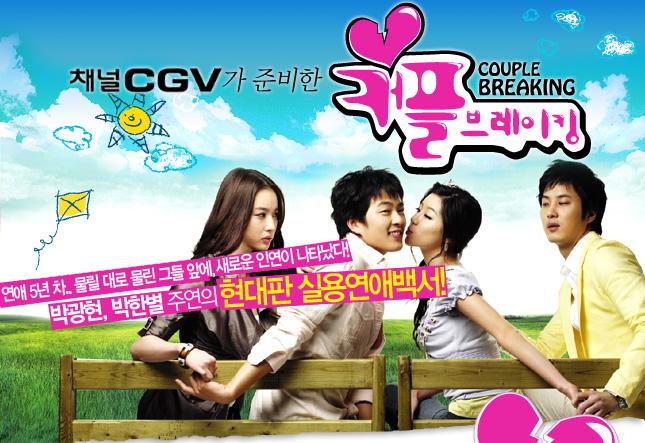 A short Korean drama at only four episodes, Couple Breaking (2007 - for Mature Audiences Only) won't waste too much of your time if you decide you don't care for it, so there is its biggest asset. If you are a realist when it comes to romance and relationships then this is your short drama. If you are a romantic at heart you might want to skip this one, because it's very true to life and shows the volatile nature of most romantic relationships today, a fact that not a lot of people in the world want to acknowledge. Most people are selfish and self-centered. That precious darling you loved in your 20's will NOT be the same person you are staring at across the table 10, 20, 30 years later (assuming you stay with that person for that length of time). People change, illusions are broken, and the couple in this drama experience both; they have been together for years and decide they're not sure if they're in love after all.

Couple Breaking starts with a woman's fantasy: a dashing romantic hero sweeping a heroine off her feet. We are shown clips from Gone With The Wind as our main couple sit in a theater watching it, and then the two main characters, Yeo Kyung (actress Han Byul Park, Oh! My Lady) and Jeon Seok (Kwang Hyun Park, Cheongdam-dong Alice) imitate Scarlett and Rhett in a sweeping historical scene. Then reality breaks in abruptly when they start arguing and ignoring each other's needs as soon as the movie is over. 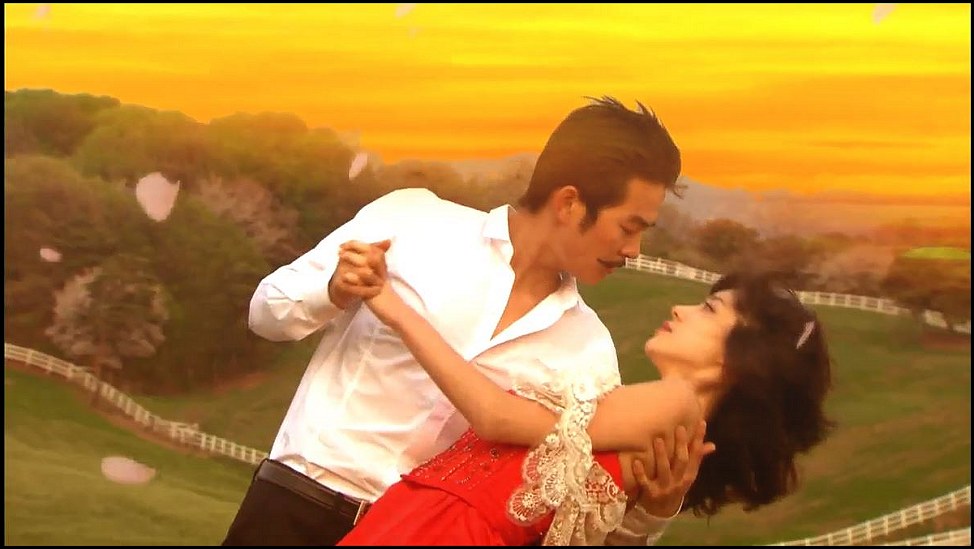 Their eyes travel to other attractive people. Jeon Seok becomes sexually intrigued by a wacko massage therapist named Hye Yeong (Da Hye Jung from Pasta) who wants to dominate him, in more ways than one. Yeo Kyung is pursued by an attractive but flawed businessman named Jeong Jae (Ji Suk Kim, Personal Taste). Will this couple break up, or stay together? Is just being comfortable with one another enough to maintain a relationship? It only takes four episodes under an hour each to find out.

The first two episodes were quite funny, I laughed out loud a lot and rolled my eyes, but the last two episodes became a bit repetitive. Funny that the homely couple who were friends of the troubled main couple (played by Si Yoon Han and Dal Hwan Jo) ended up being the happiest of all, because they didn't have unrealistic expectations about each other, or feel they had to strive to be perfect for the other person 24/7 in order to keep their relationship enjoyable. It seems that humble people can work together better to form a happy union that will last. Even when trouble comes to their lives they are stoical and just live through it. 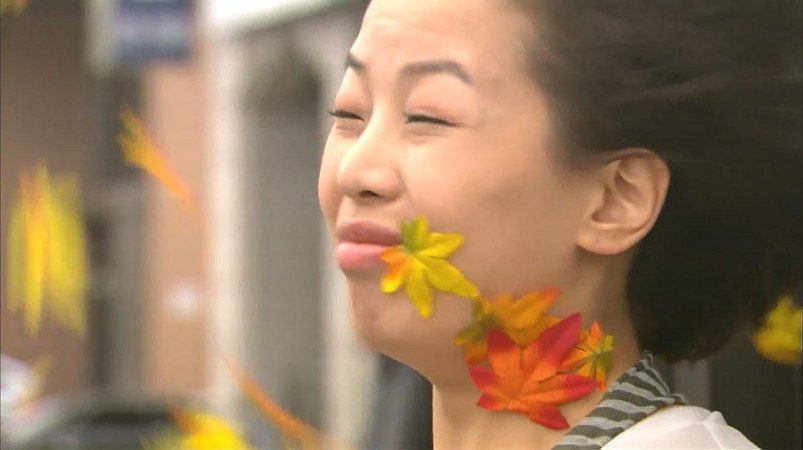 One symbolic scene showing this truth made me laugh like the dickens: the humble, unattractive girl is standing on the street waiting for a bus, and suddenly a colorful late autumn leaf lands on her cheek. For one moment you think, "Aw, that's pretty", but then the next moment a whole bunch of leaves blow in her face, it suddenly starts snowing like crazy, the wind blows her hair all over the place, her eyes are stinging, and her face goes from contented to agitated as Mother Nature dumps its crap on her. How I related to that moment! It was probably my favorite scene in the whole drama. Especially when two Salvation Army Santa Claus guys in the background know enough to run inside a building but she just stands there and doesn't move and takes it all. Haha! So true to life. However, for her endurance and stoicism she is rewarded by meeting her soon-to-be boyfriend and happiness will ultimately come to her. Poetic Justification. :)