Enjoyment of Bad Love (2007) may be in direct proportion to the viewer’s affection for actor Kwon Sang Woo. I adore him, so I will watch him in anything. I wasn’t a bit disappointed by Bad Love, which is best described as a torrid Korean soap opera about an illicit love affair and the family complications that ensue. It is also quite racy for a K-drama. Right at the outset, we see two lovers passionately embracing in a glass elevator. Later another couple makes love aboard a ship called the Shangri-la. However, the story that follows is much more sedate, focusing more on true love than raw passion.

The excellent and appealing actress Yo-won Lee (so fabulous in 49 Days) stars as the beleaguered heroine In-Jung Na, who falls in love with a man she thinks is her soul mate, Soo-hwan Lee, played by the handsome star of Stained Glass, Sung Soo Kim.
In-Jung is a cellist, and she first meets Yong Ki Kang (Kwon Sang Woo, charming as ever) at a celebratory party. They are not impressed with each other. Shortly afterward, she is walking through a maze in a local park, and encounters Soo-hwan. These two are instantly attracted. They begin a whirlwind affair, without his revealing that he is married. Finally, he confesses to her that he is married, and she is horrified at both his duplicity and her own weakness and gullibility. She breaks off the relationship, but is already pregnant with his child.

In-Jung is condemned for her behavior, and suffers terrible humiliation when she called out for it by Soo-hwan’s wife. The wife takes In-Jung’s cello and breaks her hand with it, leaving In-Jung unable to play. Poor girl, she is not only ostracized, but also loses the child she is carrying. Her personal tragedy also ends her musical career and she retreats to a secluded island village to escape everything.

There she sets up a shop selling, of all things, fried chicken, while worrying about how she will pay the bills for her father’s care in a nursing home. Needless to say, life has damaged her and as a result, she is withdrawn, closed off, and prefers to be solitary.

The island village is where she again meets Yong Ki, a pop culture artist, grieving the loss of his first love, Jo-Ann, who committed suicide. He is also the illegitimate son of a wealthy father, and his half sister Joo-ran (Ga-yeon Kim) just happens to be the wife of Soo-hwan. Soo-hwan doesn’t love her, and probably never has, but they have an adorable (adopted) daughter together, and he is on the fast track to become CEO of his father-in-law’s company.
In-Jung and Yong Ki clash when they first meet, but soon he is charmed by her and believe me, once Kwon Sang Woo starts courting you, you are going to respond. She falls in love with him too, but does not confide in him about her past indiscretion – nor does she know about his family ties. As a couple, the two eventually go to meet Yong Ki’s family -- and In-Jung realizes that Soo-hwan is Yong Ki's brother-in-law. Meanwhile, Soo-hwan begins to regret losing In-Jung, and when he realizes that she is involved with Yong Ki, he renews his efforts to win her back.

Bad Love isn’t long on plot – the remainder of the drama focuses solely on the family relationships, the struggle for In-Jung and Yong Ki’s love to survive, their breakups and reconciliations. Once the Kang family learns of the past relationship between In-Jung and Soo-Hwan, they are determined to torment her all over again. The family patriarch dies, and Yong Ki decides to assume the leadership of his father’s business (a role he had always resisted). This action causes even more resentment and strife within his family. In-jung breaks off with him, and his attentions are momentarily captured by a young woman named Shin-young Park who bears an eerie resemblance to his lost former love, Jo-Ann. 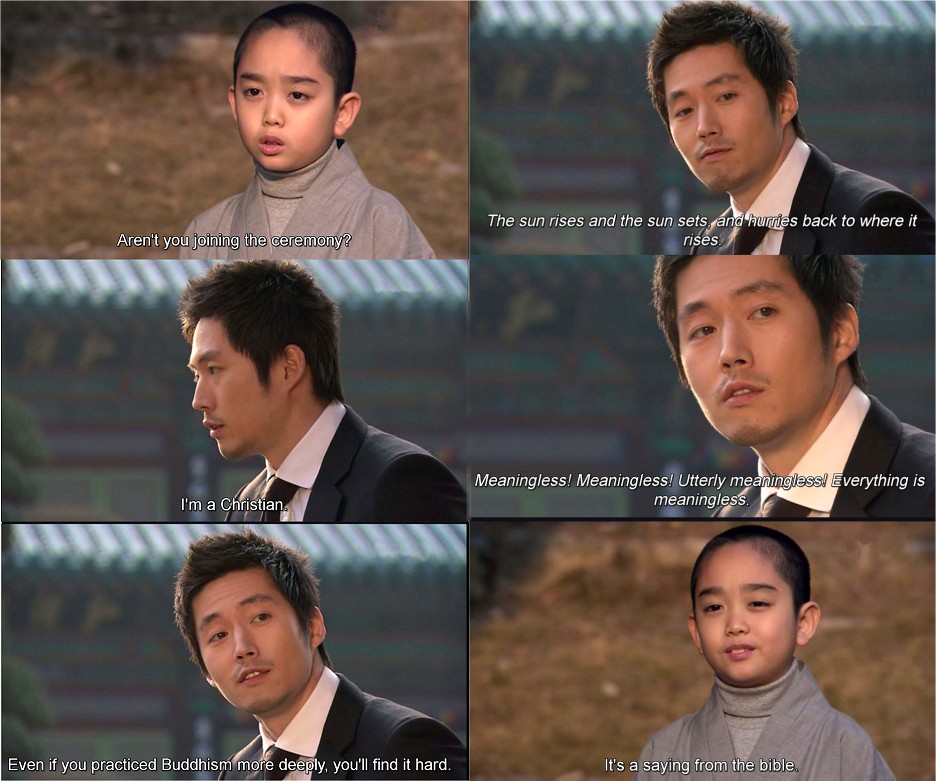 Will In-Jung and Yong Ki ever find happiness?  After being angry with her for concealing the past affair, he realizes he cannot live without her, and spends an inordinate amount of time trying to win her back. So does Soo-hwan. However, Soo-hwan is keeping yet another secret, which may cause In-Jung to weaken in his direction – especially if he follows through with his plan to leave his wife.
From this synopsis, you can see that Bad Love does not venture very far from its main love story. The relationships are the entirety of the narrative, with a little corporate politics and intrigue thrown in. However, the charm of the performers, and the sheer “soapiness” of the plot contrivances, draw you in.

As In-Jung, Yo-won Lee is just marvelous. No actress is better at playing stoic melancholy. She is attractive, but not a raving beauty. However, when she finally smiles, the world lights up, and her character, despite her romantic indiscretion, is an honorable, admirable person. It is no surprise that both of the men in her life carry a torch and refuse to give her up.

I have already mentioned my powerful crush on Kwon Sang Woo, who is handsome, playful, masculine, and tender as Yong Ki. He teases In-Jung, he courts her ardently, he is a true romantic, full of strength and protectiveness (he also has a scene where he shows off his bare chest). I certainly fell for him in this role.

Sung-soo Kim as Soo-hwan has a thankless part. I have never really taken to this actor, but he manages to perfectly embody a man who is weak and selfish, but self aware enough to show remorse, and to mature and grow. His character is reserved, quiet, and used to keeping his emotions in check. Only with In-Jung does he become a happy, light-hearted person. His love for In-Jung is genuine, and in some ways I felt sorry for him because his life was so unhappy, and he sacrificed the happiness he could have had with someone he loved by betraying her.
Ga-yeon Kim as his neglected, jealous, spoiled wife Joo-ran is also a revelation. Despite being a very difficult person, she illicits sympathy in her role; she desperately loves a man who does not love her, and that pain causes her to act out. She also takes her revenge by engaging in an affair with one of her husband’s employees, but you understand that this is only because she needs to be loved, and is not treated with love by her husband. The more she insists on holding onto him, the more he moves away. 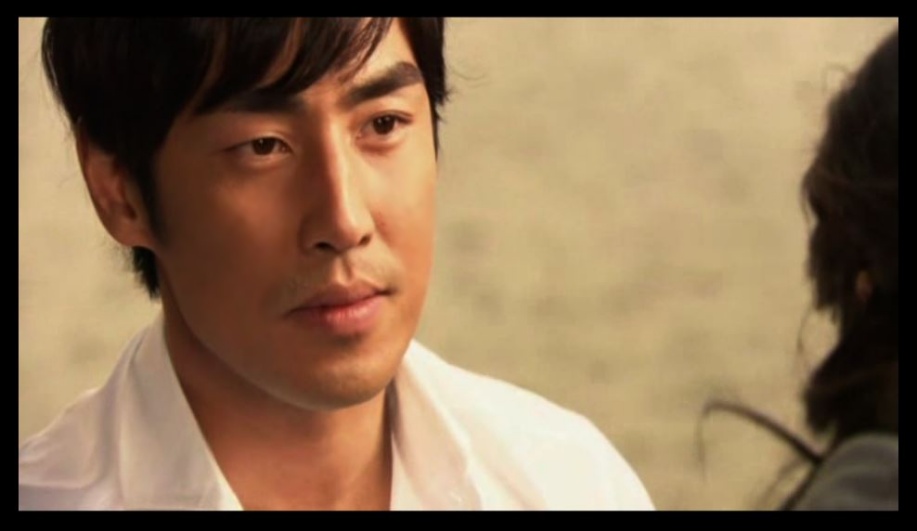 Ye-ryun Cha in her dual role as Jo-ann and Park Shin-young, recruited to turn Yong Ki’s head away from In-Jung, is quite captivating, with a petite, sullen beauty. Little scene stealer Hyang-gi Kim makes you want to hug her as Lee Mi-so, daughter of Soo-hwan and Joo-ran. There is a bit of mystery about her natural parents, which is never really explored. She is so endearing that you can see why two parents would want to stay together for the sake of this sweet little girl. (Soo-hwan’s cell phone identifies his wife as “Min-soo’s mother”).
What did I like about this drama? I found Yong Ki's devotion to the women he loved, Jo-Ann and In-sung, terribly touching and romantic. I adored his character, and I loved the resilient, compassionate In-jung, who is so maligned yet maintains her decency and dignity. I enjoyed the family dynamics and the in-fighting, wanting the two lovers to overcome the obstacles and put the past behind them. The supporting characters are also fun to watch in their various subplots. Bad Love is a classic soap opera about complicated relationships, and it will keep you well entertained.