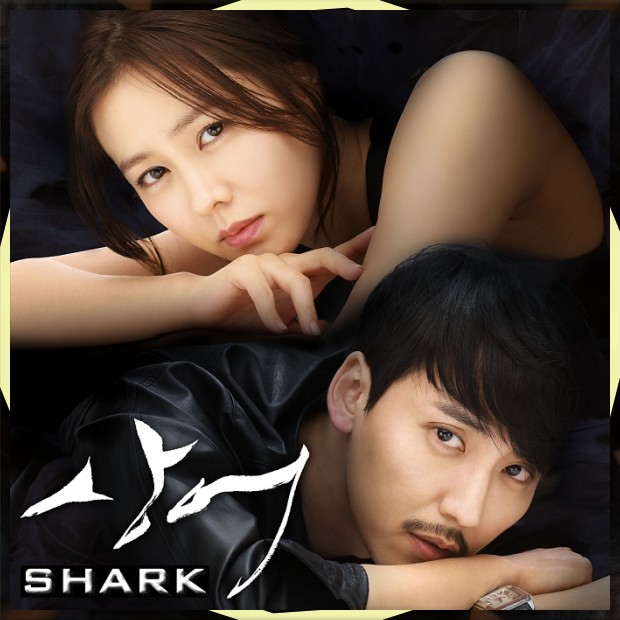 I marathoned the superb revenge melodrama Shark (2013), and couldn't sleep all night after starting it, because it was so packed with tension in every episode! I loved actress Ye Jin Son and actor Nam Gil Kim as the leads, they had sublime chemistry together, and I loved their younger counterpart actors, Soo Jin Kyung and Joon Suk Yun, who played their characters as teenagers in set-up and flashback scenes. Never before have I seen two young actors who so perfectly captured the physical and emotional characteristics of the adult actors; I think Korea often strives in their casting to match them up in appearance as best as possible, to their credit. Many other countries' entertainment production companies don't really care, or think it's important enough. 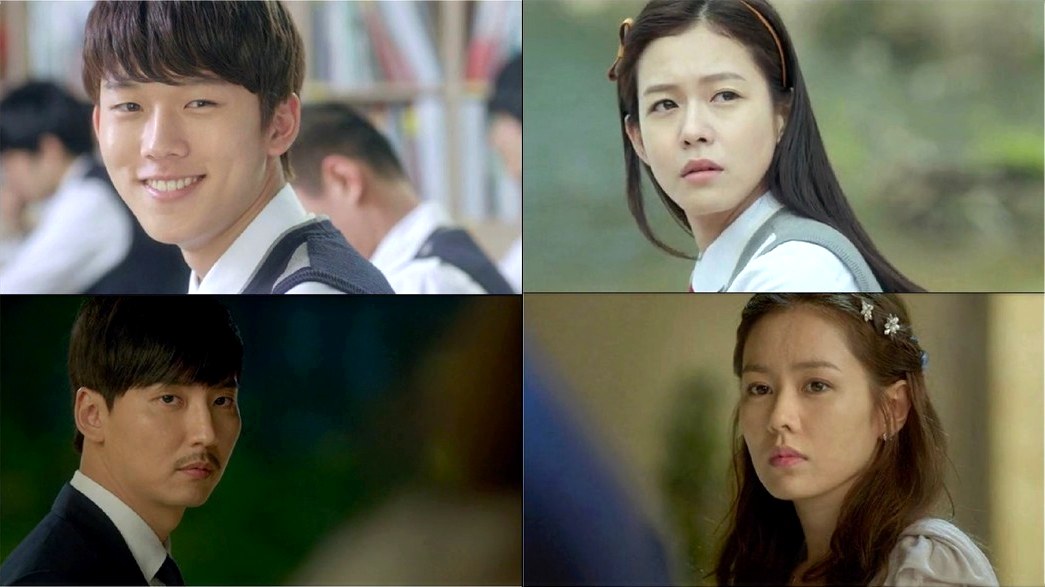 The cinematography was lustrous and breathtaking on Shark, beyond beautiful! Many of the images, such as the one below, were like classic paintings! I would freeze the images just to STARE at them in amazement! Images of beaches, lakes, woods, nighttime and daytime skies, gardens, picturesque streets and buildings, not to mention startling human facial close-ups on occasion, were all unforgettable. Korea has the best camera people in the world, with a real eye for beauty! Forget Hollywood. They long ago abandoned beauty. All the superficial people in that industry today care about is petty politics, not Art. 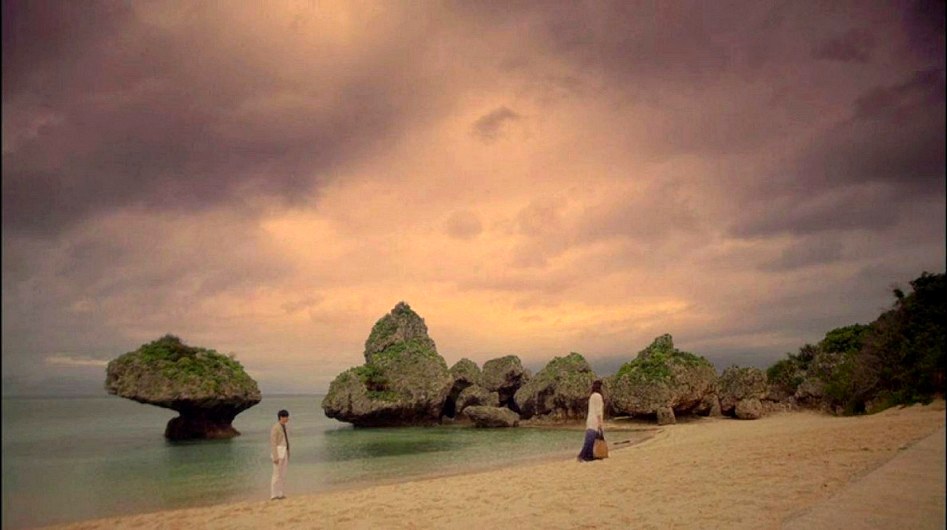 The soundtrack was lovely and haunting, just perfect for this poignant story of two people caught up in a web of intrigue, murder, and revenge.


For some unfathomable reason in the K-drama world Shark falls under the radar unfairly, and needs more exposure. Perhaps because it uses a more conventional, older, dreamy and languid style of film-making technique than kids today are used to; for anyone over thirty, however, I think they would fall in love with this show as much as I did. I hate to bandy the word around, but Shark is a true masterpiece, because of its classic film style and the excellence of its imagery, written script, soundtrack, and outstanding performances. 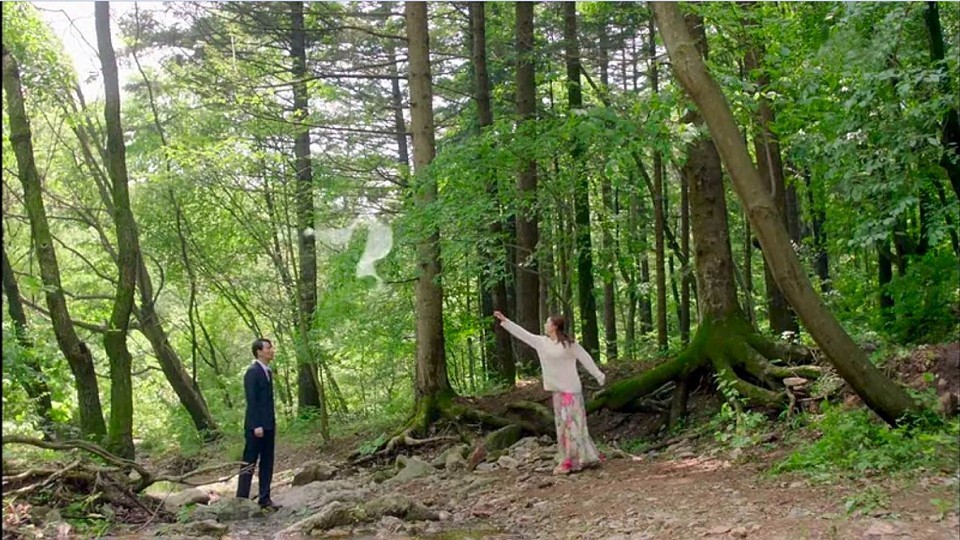 The Story: A teen boy named Yi Soo Han (Joon Suk Yun) meets the teen daughter Hae Woo Jo (Soo Jin Kyung) of his father's new rich employer Sang Gook Jo (veteran actor Jung Gil Lee) and they take a liking to one another. They spend a lot of time together after school, and Hae Woo likes to videotape her new friend. At one point she asks him what his favorite animal is, and he answers the shark, because the shark is a pitiful creature since if it stops moving it will die.

No one loves sharks, instead, they fear them. This little videotaped scene becomes precious to Hae Woo over the years, and is heavily symbolic of the life her friend Yi Soo will have to live in future. 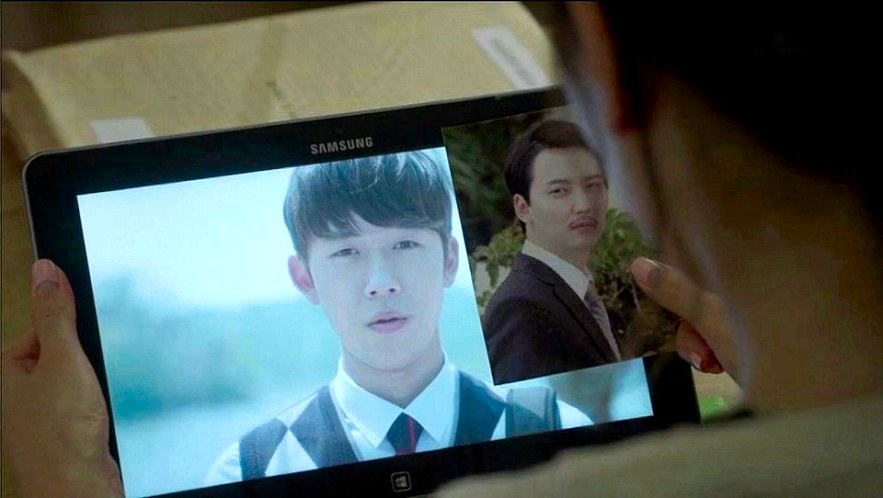 There is tension for Hae Woo's parents at home, as their marriage is about to break up. Her mother leaves the home permanently, leaving Hae Woo with her petulant and selfish father, Ui Son Jo (Gyu Chul Kim), who never really had time to spare for her due to his - ahem! - extra-curricular activities with women. Hae Woo's grandfather Sang Gook has been more of a "father" to her over the years, although he can often be overbearing and controlling too.


Meanwhile Yi Soo's father Young Han (In Ki Jung) is secretly haunted by memories of torturing men in some dark past days of Korea's history under a dictatorship, sins that he deeply regrets, and this history might be connected to someone in Hae Woo's own family.

Then one night Yi Soo witnesses the death of his father caused by an apparent hit and run "accident". As a witness, Yi Soo himself becomes a target of assassination, and while in a phone booth talking to Hae Woo, telling her they will never be separated, he is hit by a truck and almost killed. His body is removed from the accident site by a Japanese man who is involved with a shady crime syndicate, and he is secretly taken to Japan, where he undergoes significant plastic surgery to heal from the brutal attempt upon his life. Hae Woo is told that Yi Soo died, but she never truly believes it. Who the real culprit was who was behind Yi Soo's father's death and his own attempted murder is something that Yi Soo pledges to himself to uncover someday.


Years later Yi Soo returns to Korea as Yoshimura Junichiro (beyond wonderful Nam Gil Kim) from Japan, with plans to take revenge on the people who caused his family's downfall. Hae Woo (Ye Jin Son), whom he has never forgotten, is about to get married to their former fellow classmate Joon Young Oh (Suk Jin Ha from D-Day), now a hotel manager. Yi Soo arrives at the hotel where the ceremony is to take place and stares at Hae Woo from a distance, and she looks back at him, obviously wondering who he is. But he quickly realizes he cannot be distracted too much by Hae Woo: he needs to find his father's killer and take his revenge. This is his primary goal, no matter whom he has to hurt who might get in his way.

Hae Woo has become a prosecutor, in part to see if she could ever uncover the facts behind Yi Soo's "death". Yi Soo as Yoshimura slowly and secretly begins dropping oblique hints to her that the boy she once loved is still alive and may even be nearby, watching her. She meets "Yoshimura" on a number of social occasions and each time she is reminded more and more of Yi Soo, and the old attraction between them starts to re-surface.

After being given information that he did not die, Hae Woo even goes to Japan and while there tries to track down what might have happened to Yi Soo. A shark necklace she had made for Yi Soo as a teen girl surfaces in the home of the man who had taken care of him for some time after his attempted murder. Overwhelmed with emotion at this discovery, Hae Woo faints and finds herself in the comforting arms of "Yoshimura", who has already made it plain to her that he is attracted to her. What effects will this growing attraction have on her marriage to Joon Young? Joon Young is a very sweet and attentive, trusting husband. Yet she still cannot completely forget Yi Soo since they were so cruelly separated in their youth. Finding out what happened to him is a compulsion she cannot control. 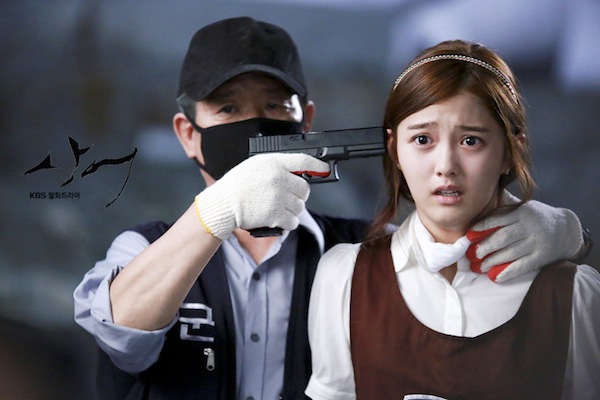 Yi Soo had had a little sister named Yi Hyun Han (played so nicely by actress Bo Ra Nam), who was adopted after the death of their father. Her adoptive father, Bang Jin Byun (Won Sang Park), is a detective who works closely with Hae Woo professionally. Soon it becomes apparent to Yi Soo that even his sister might be in danger from the men who want him killed!

Meanwhile, with the quiet help of another cop friend, Soo Hyun Kim (Soo Hyuk Lee), Hae Woo is becoming more and more convinced that Yoshimura is really Yi Soo. Will he ever admit the truth to her, even if she asks him point blank? Will Yi Soo ever finally discover for sure who it was who murdered his father and destroyed his family? If he does, can he trust Hae Woo with that critical information, especially when she seems intent on stopping him from taking revenge? What will Hae Woo's reaction be when she discovers the culprit might actually be someone in her own family AND that the ramifications might even go beyond Yi Soo's life to the nation's welfare as a whole? 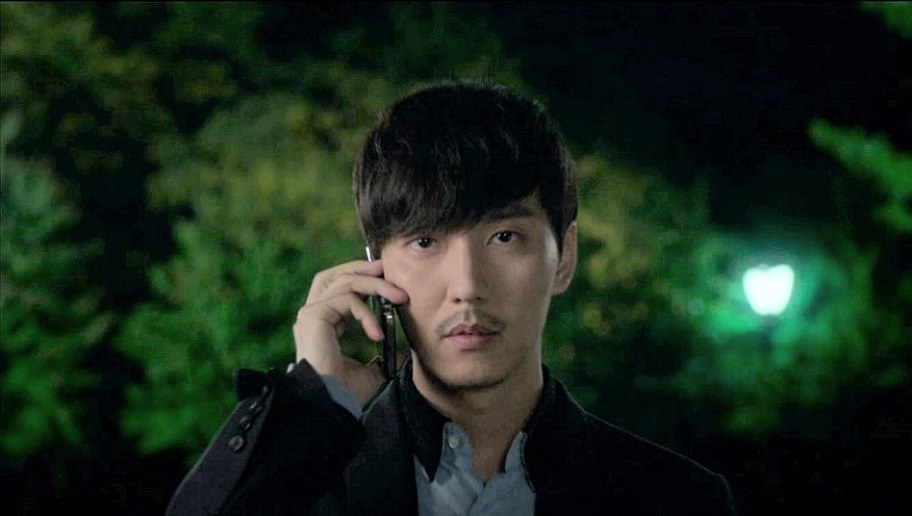 Once again, in this twenty episode darkly romantic melodrama, we have many twists and turns that will surprise you. What we have here is essentially an Orpheus story; even the title love song is called Between Heaven And Hell. You grow to love all the good but flawed people in this drama, and grow to despise the villains. And that's how it should be in the best of stories. Definitely give Shark your undivided attention. You will be glad you did! Remember, folks, it's a ... (shhhhhh!) ..... MASTERPIECE!